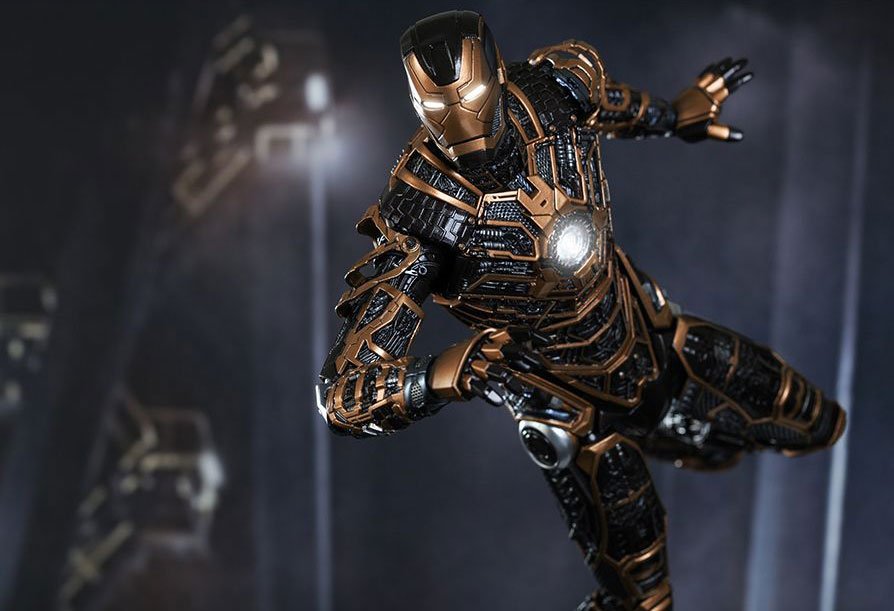 Although I was not a fan of Iron Man 3, I really enjoyed the fact that they showed off the various models of Iron Man’s armour. Case in point, the Bones Mark XLI armor. This is a really awesome armor that can break apart with its rocket limbs. Nicknamed ‘Bones’, the armor was built with speed and maneuverability in mind. It earns its name because of the very unique external appearance of thin black and gold colored armor plating with internal contents exposed. For those that remember, during Iron Man 3, the Skeleton Suit Mark XLI splits into multiple parts to attack Extremis soldiers.

The guys at Hot Toys have created a 1/6th scale Iron Man Mk XLI Collectible Figure from Iron Man 3. This suit earned the nickname “Bones” for its unique outer appearance, featuring thin black and gold plating with the internal mechanisms exposed and Hot Toys has replicated its ability to split apart and reform! Featuring finely crafted structure, black and gold colored armor, LED light-up functions and accessories as well as specially designed magnetic components which allow it to be split into multiple parts and re-attach back together at will. As usual, the details on this action figure is incredible. 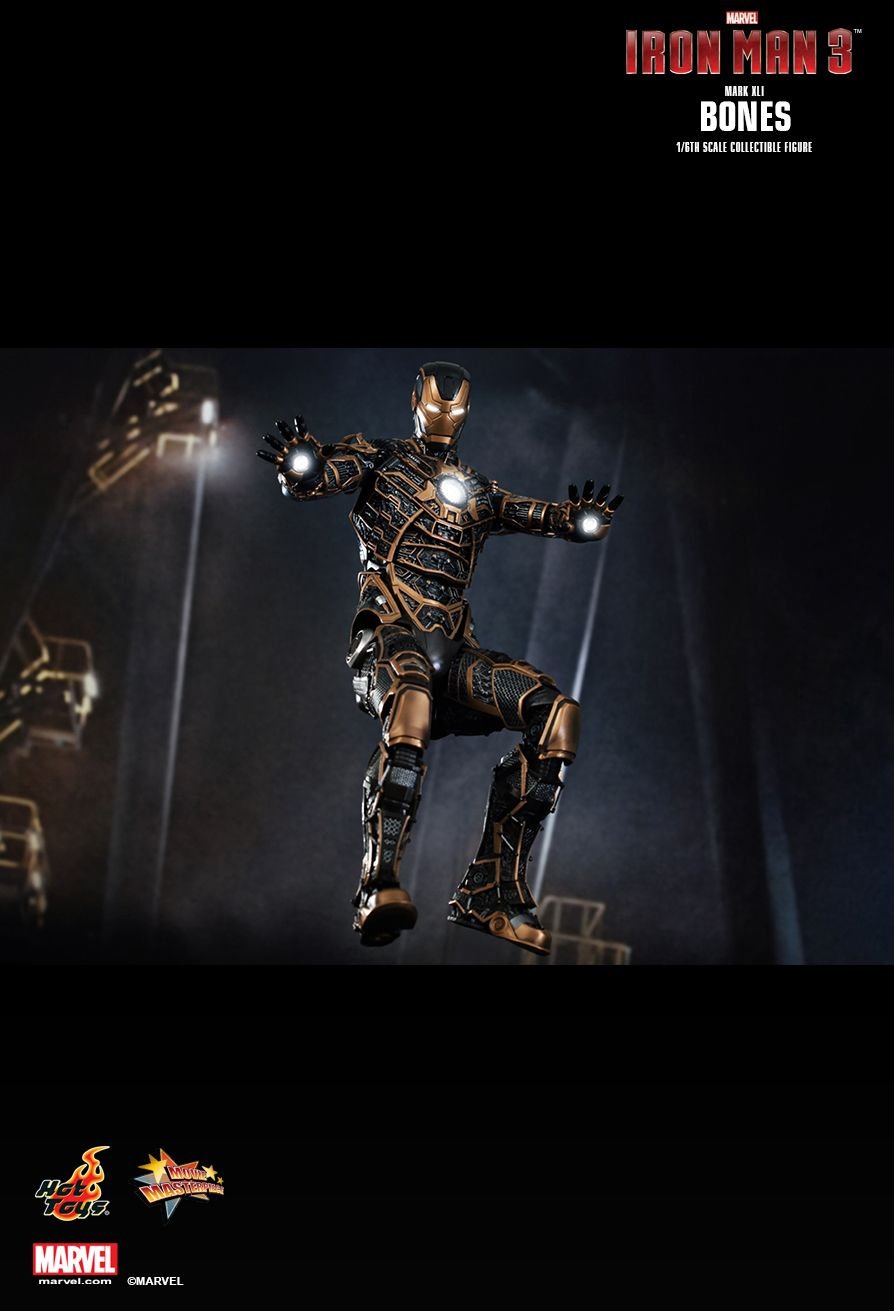 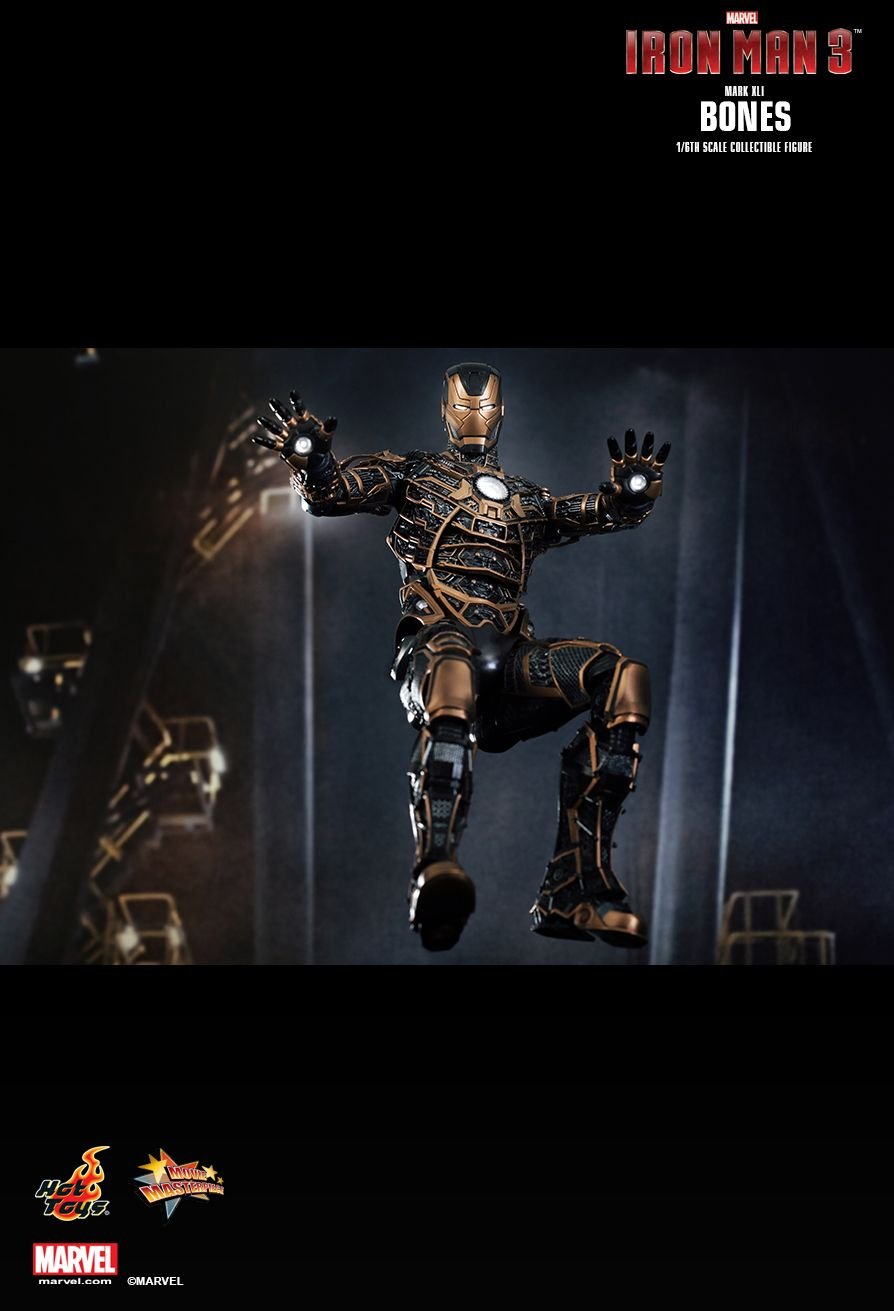 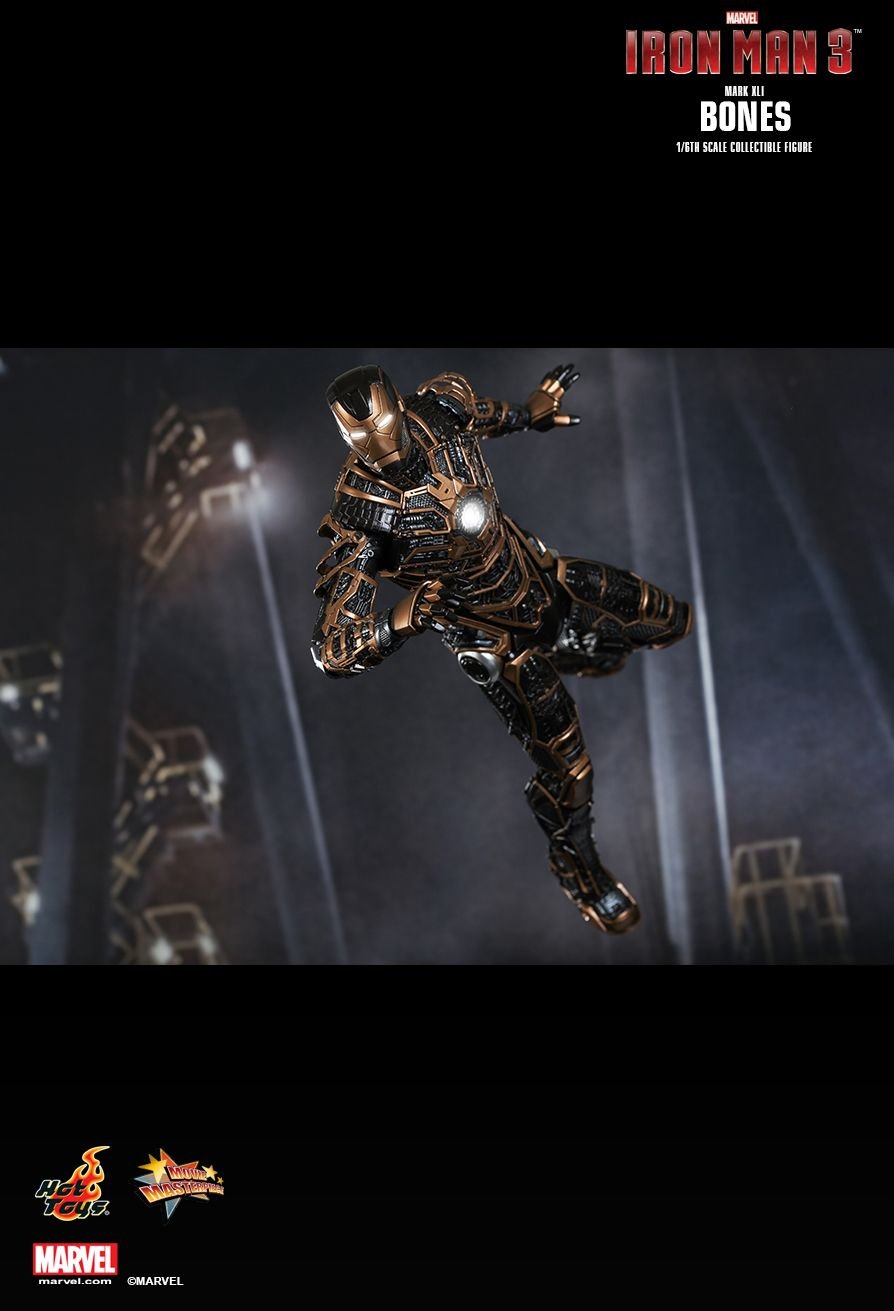 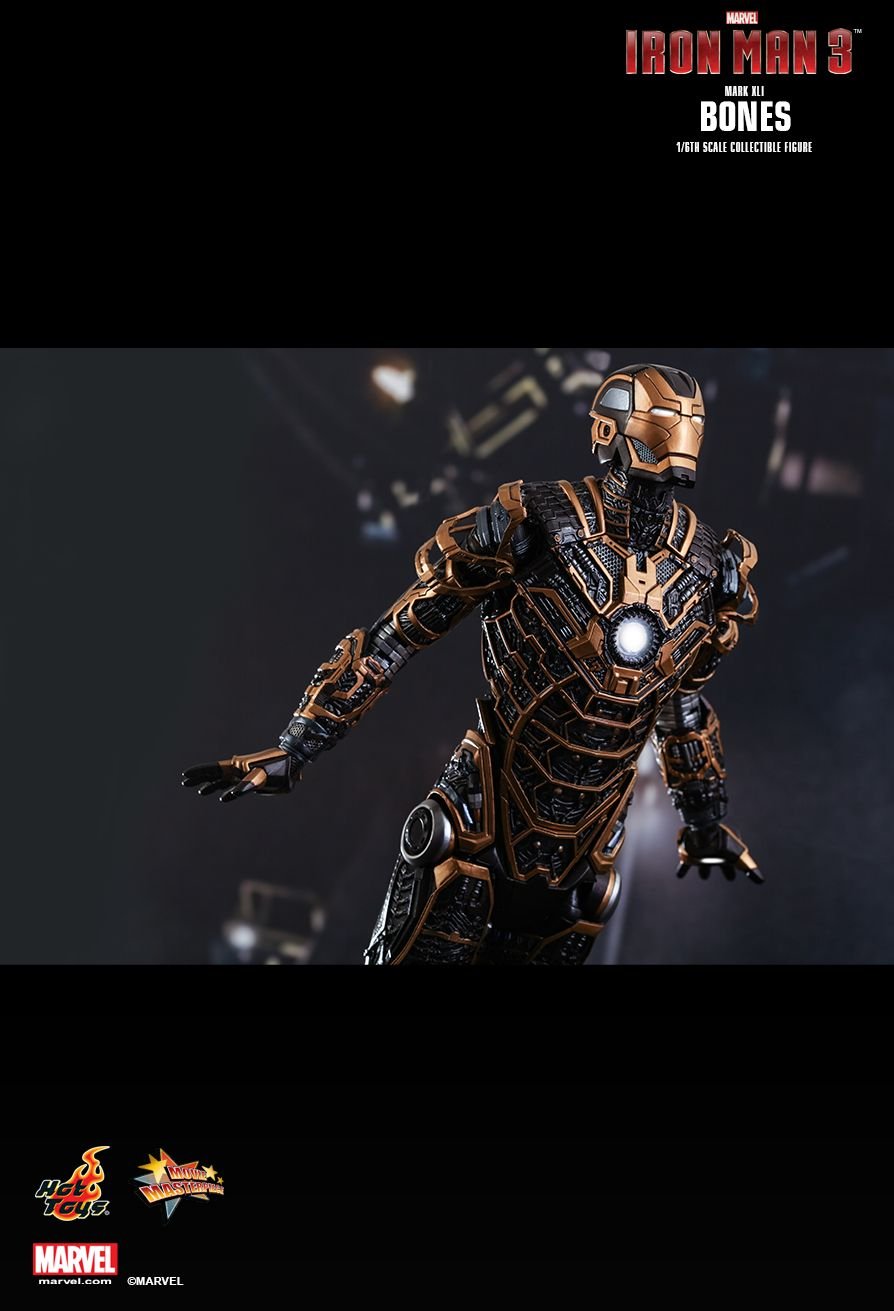 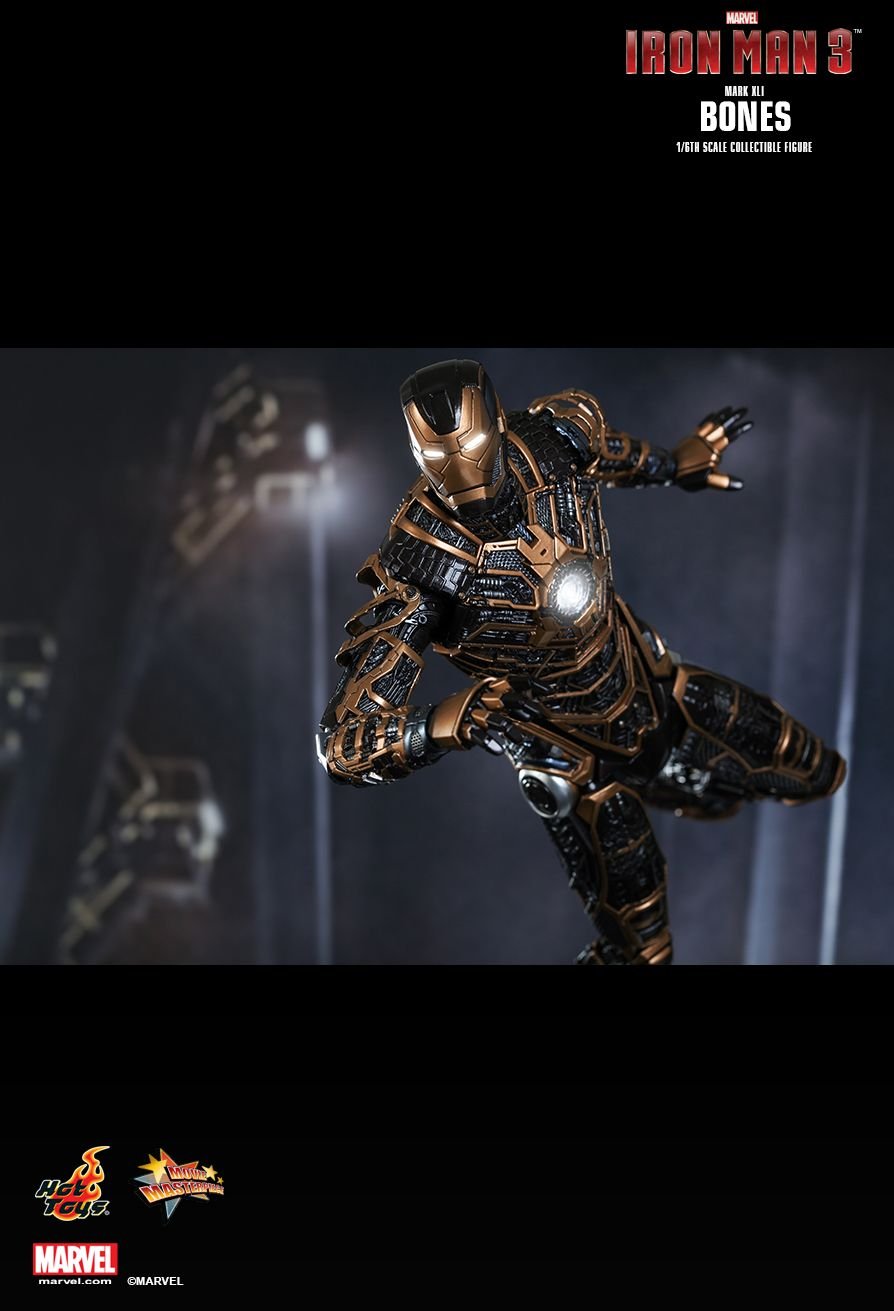 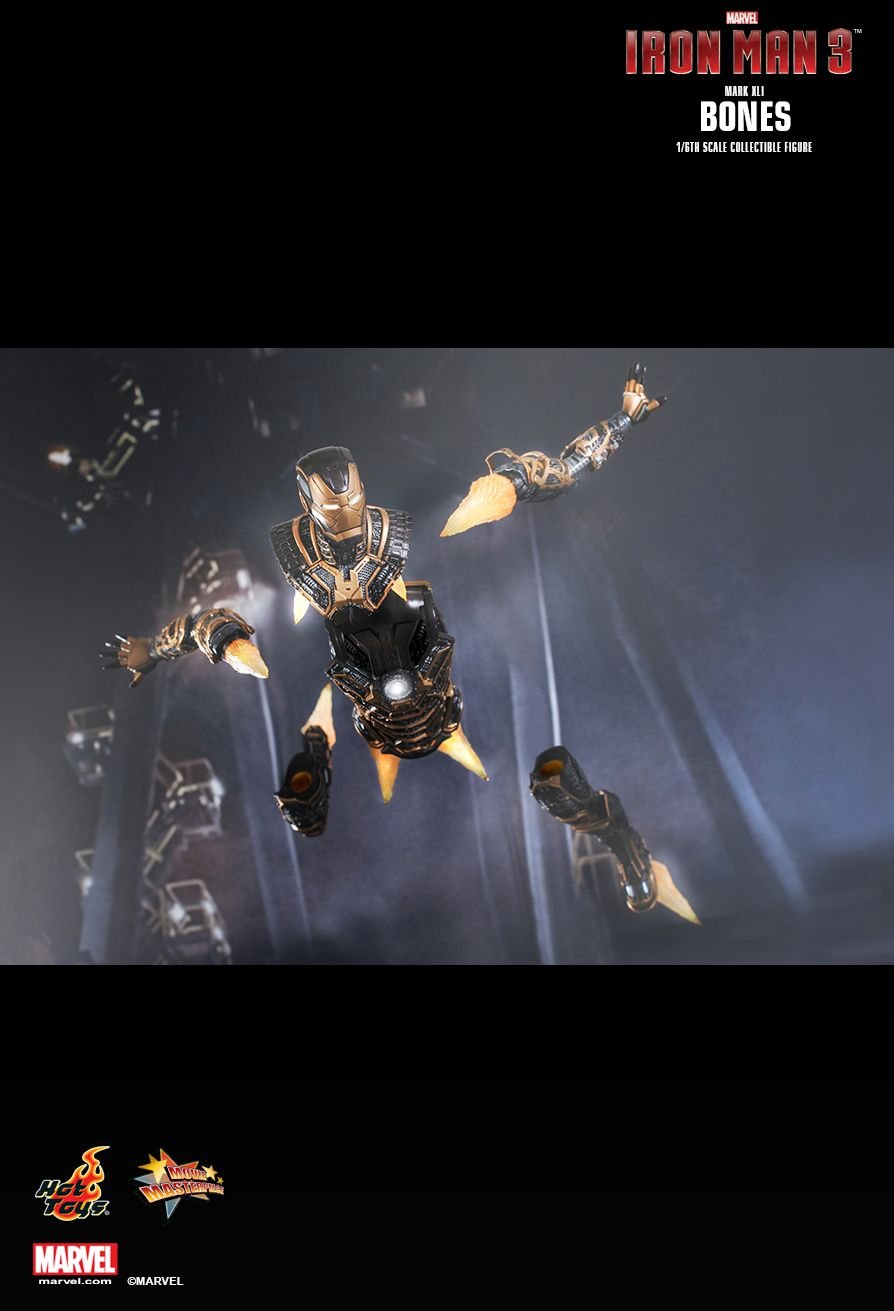 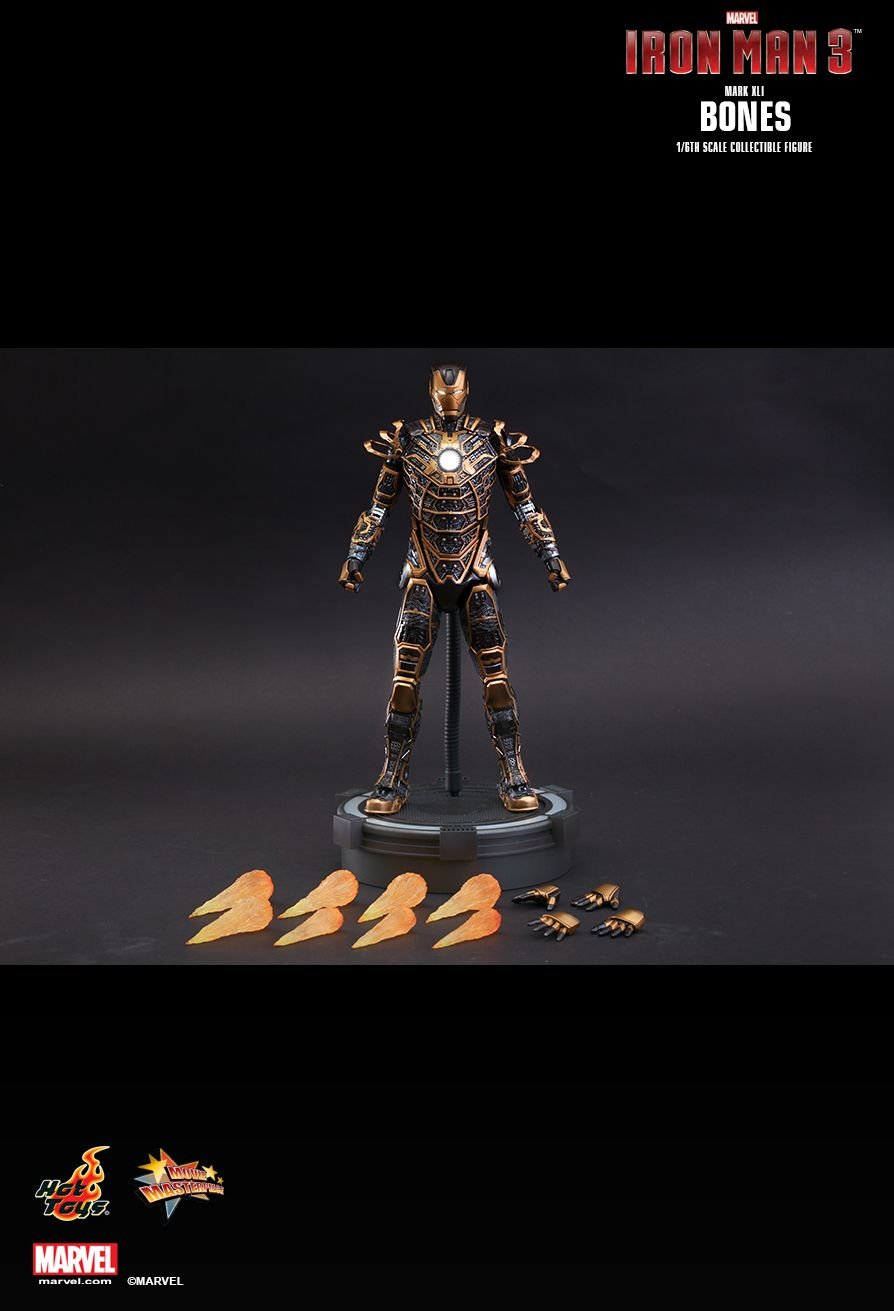 Out of all the Iron Man suits that were shown in Iron Man 3, the Mark XX Python armor is by far my favorite. The

With the release of Iron Man 3, we fans have been treated to many new Iron Man armors that we had never seen before. One

The album artwork for Prodigy & Alchemist's latest project Albert Einstein is awesome! I love the various components that they … More

Selection Sort Selection sort is a sorting algorithm that uses a combination of searching and sorting to complete the task. … More

Think about it, there is only one superhero that is badasss enough to sneak into First Order bases dressed as … More

From the Australian fansite Ozformers and its user griffin, we have some
For those who don’t know, Hot Toys has a “Marvel’s Avengers: Age
Since the first Avengers: Age of Ultron trailer was released, many of
It’s no secret that I love Hot Toys and the amazing detail
The Mark VII (Stealth Mode Version) Collectible Figure is highly detailed featuring
Go to Top