Google recently announced that they will stop individual sales of Google Glass in its current form. For those who don’t know, Google Glass was first released in 2012 as a breakthrough in augmented reality. Although they cost a hefty price of $1500, they provided you with technology that only existed in the world of science fiction. The device projected information into the wearer’s field of vision through a heads-up display (HUD) perched over the right eye. You could read Twitter news headlines, watch YouTube videos or do a Google search hands-free. You could snap photos of the kids and never fumble for a camera. Look at a cityscape and, without breaking stride, instantly overlay a historical photo of the scene for comparison’s sake. The initial of Glass can be viewed below.

But from the time it was released, there were a lot of naysayers. Many people were concerned about privacy issues because the device allowed wearers to take photos and videos of others without their knowledge. However, all of these privacy concerns also exist with many of today’s modern smartphones. In fact, I’d argue that it’s EASIER to record someone without their knowledge using a cellphone, than it is with Glass. Others complained about how the glasses looked or labeled people who wore them Glassholes. As a tech geek, the only complaint that I felt was legitimate was that the battery life was terrible. (30 minutes of battery life?? Come on Google!) 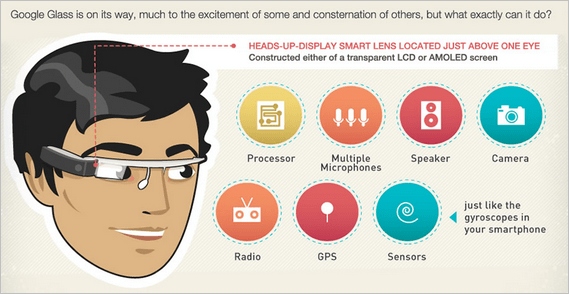 Many naysayers are saying “seel I told you so” and there are a lot of people out there. But the part that many people are missing is the fact that Google tried something new. They pushed the boundaries of technology and forced us to look at what is possible with wearable technology. I always find that its easy for people to knock down someone else’s idea. But what’s harder to do is to come up with your own proposal or your own innovations. Many of the Google Glass doubters are dancing and celebrating because Google has decided to stop production of Google Glass. They are calling it a failure. I personally think that it is not a story of failure but rather a story of innovation. I am also quite convinced that we will see Google Glass again in the future. (in a different form of course… )

Anyone who knows me knows that I am a huge fan of the Star Wars: The Force Unleashed series. Over the months, I have been

The good folks at Google release a sample app for Android that they are calling A new reference app for multi-device applications. The sample app

What the new Star Wars movie should look like

This incredible opening of The Old Republic that more than lives up to the cinematic bar set by the movies. … More

How to remove WordPress “Briefly unavailable for scheduled maintenance. Check back in a minute.” message

Fortunately, there is a quick and easy way to fix this. Whenever WorPress starts an update, it creates a file … More

So, its official: Ben Affleck will play Batman in the next Superman movie tentatively called Batman vs. Superman. Now I've … More

I can never understand why major tech companies treat Canada like a
In the last tutorial, we went over how to setup a Laravel
If you’re a regular on this blog, then you know about my

In case you did not know it, Google uses a feature called

My current frustration has to do with Google's Google Play Music Service.
Go to Top