I recently got back to Android programming and realized that Eclipse with ADT is no longer the default IDE. The good folks at Google have decided that Android Studio is now the official IDE for Android. Since I recently got a new laptop, I decided to install it and give it a try. (Be aware that the installer is pretty large. The file is around 850MB) After installing the application on my Windows 8 machine, I kept getting the following message:
No JVM installation found. Please install a 64-bit JDK. If you already have a JDK installed, define a JAVA_HOME variable
This error was occurring even though I had installed The latest version of the JDK. Here is a screenshot of the error I was getting

How to fix the cissue

Below are the steps to take to fix the issue

2 – Define the JAVA_HOME variable in your Environment Variables 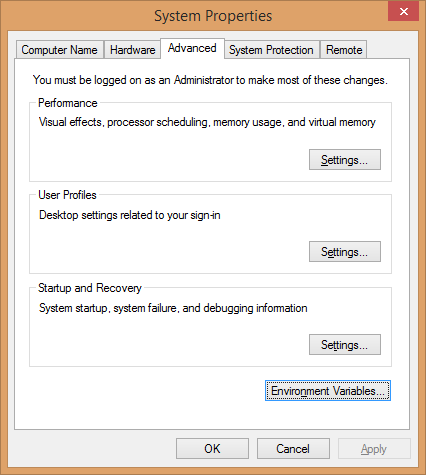 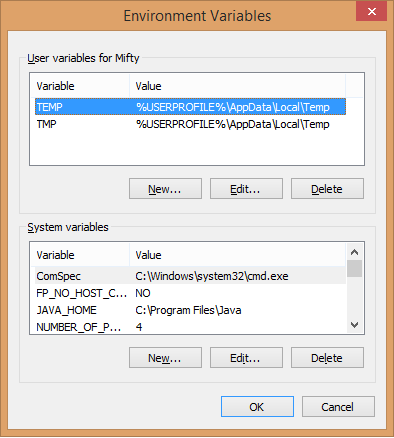 This environment variable should point to the base path of your JDK. In this tutorial, I am using version 1.8.0.25 of the JDK so my full path is “C:\Program Files\Java\jdk1.8.0_25”

Once you do this, the problem with JAVA_HOME should be resolved and you should now be able to use Android Studio without any problems. However, if you do not setup your JAVA_HOME path correctly, you will get the following error message

This tutorial will show you how to get composer working for you if you are using a windows environment. It”s a pretty simple tutorial with

I recently had to setup a cron job on shared hosting for one of my CakePHP projects. And although I have done this often, I

After releasing an initial version of my app on Google Play, I made a minor update and needed to release a new version of the

So, for the very first comic that I publish on MifTees, I am combining two extremely popular franchises that I … More

Check out this amazing CGI renditions of Superman, the man on steel by ~alejit0 of DeviantArt. I usually don't like … More

A Modified version of the Upload Plugin

I recently had to allow image upload for one of my CakePHP apps. And in order to do so, I … More

This is one of the most influential quotes that I have seen in a very long time...

The good folks at Google release a sample app for Android that
After releasing an initial version of my app on Google Play, I

After 4 months of development, I have completed and published my first