So, after months of slacking off, I’ve finally created a brand new Miftees cartoon. The reason for the delay is that I’ve been trying to find a way to actually convert Miftees cartoon into actual T-shirts. That means that I can no longer do cartoons about copy-written characters like Wolverine and Batman. But the good news is that I can actually have shirts based on the artwork from Miftees.

The shirt above was inspired by the Retro Nintendo controller and Adventure Time. That’s why I called it the Classically Trained Dancing Nintendo Controller. I know that there are a lot of shirts out there that feature the retro Nintendo NES controller but none have a badass dancing remote like mine. And if you like the shirt, you can purchase it on Amazon here.

This artwork was actually inspired by the art below.. 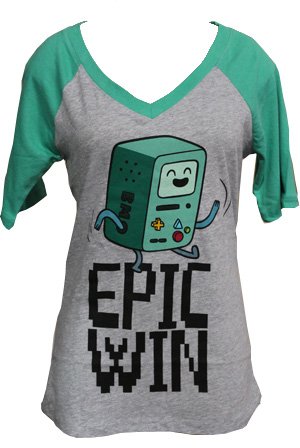 Purchase This T-Shirt on Amazon

Several months back, I created artwork for Full Course. Full Course is a popular rapper in Montreal who often releases cool and artistic shirts. So

Miftees is a quirky comic that makes fun of characters from comic books, movies and TV shows. The special thing about this webcomic is that

The other day, my 8-year old daughter, Khadijah saw me drawing and said that she wanted to try digitla illustrations. … More

For anybody who ever wondered just how many armors that Tony Starks has, then you are going to love this … More

For 2019, I had a goal to self-publish a comic book using
I’ve never really liked superman as a comic book character. The problem
All summer long, we kept hearing comparisons between the DC’s Suicide Squad
who has the better armored suit? Batman's Armored suit from Batman v
Here are a few posters that I created for the 2016 Montreal
Go to Top