After releasing an initial version of my app on Google Play, I made a minor update and needed to release a new version of the app. I made the necessary changes and updated my app’s version in AndroidManifest.xml from 1.0.0 to 1.0.1 since the update was a very minor update. I then tried re-submitting my APK file to Google Play and I kept getting an “upload failed” message. What made this issue quite frustrating was that there was no other message other than the APK upload failed message. I knew my AndroidManifest.xml file was correct since all I did was change my app version. It looked like so:

However, the APK upload always failed. Here is a screenshot of the error I was getting on FireFox: 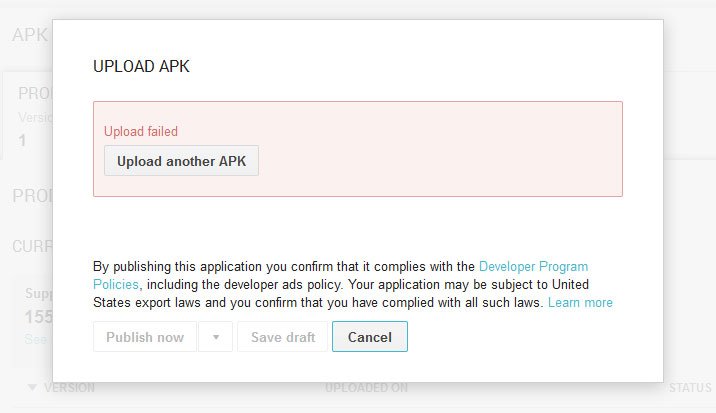 After several frustrating minutes of trying on FireFox, I tried uploading the same APK file on Google Chrome. I got the same error, but this time, with a more helpful message. The message said:

Here is a screenshot of the upload in Chrome: 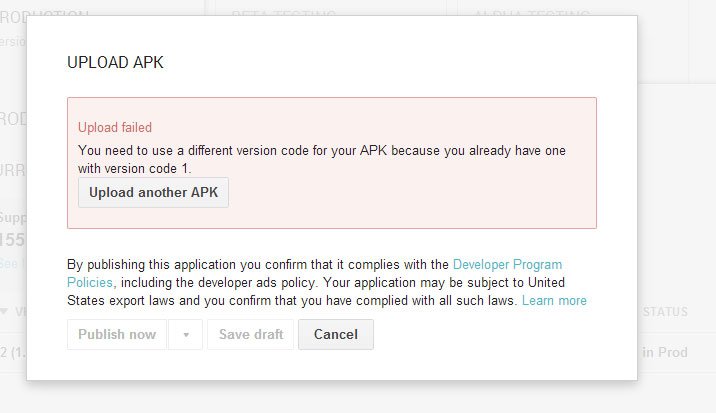 That’s how I resolved the issue with my uploaded APK files failing. As a side note, when updating your app, never change the project package name! The Android system uses the package name as a unique identifier for your app. For Android, a different package name corresponds to a different app! If you change your package name, Google Play will treat it like a new app and you won’t be able to update it through Google Play…

Fortunately, there is a quick and easy way to fix this. Whenever WorPress starts an update, it creates a file called .maintenance that is placed

My current frustration has to do with Google’s Google Play Music Service. Although the service has been available in the US for quite some time,

I recently got back to Android programming and realized that Eclipse with ADT is no longer the default IDE. The good folks at Google have

One of my favorite comic book covers of all time is Classic X-Men #1 by Arthur Adams. So, I was … More

BurgerPedia: A Complete Laravel 5 and AngularJS Tutorial with Bootstrap to Make it Pretty – Part 4

Part 4 – Building the Models and the Relationships Now that our database has been created, we need to build … More

Out of all the Iron Man suits that were shown in Iron Man 3, the Mark XX Python armor is … More

After 4 months of development, I have completed and published my first